Lucky wind blows us into Tallinn

Lucky wind blows us into Tallinn

Open Ship Days, it seems to me, always have their challenges! For Tallinn, everything would be easy, or so we thought. We were heading for a dock in the City harbour and would be right next to the city center to attract all those crowds of people strolling through the beautiful streets of Tallinn: mostly AIDA cruise guests and other tourists, pretty much as it had been in Helsinki. However, in the afternoon the wind had changed and our captain had to make a difficult decision. The entrance to the city harbour would be too narrow for the Thor under these circumstances – so we had to motor towards the Seaplane Harbour instead. Lennusadam, it’s called in Estonian. The harbour master was happy to take us – but we were actually now a 25-minute walk away from the centre! And even Seaplane harbour didn’t seem to be too easy to enter – we had to try two times until the manoeuvre could be completed. But thanks to our great captain, Johannes who took over in Helsinki, we were at the right dock in the end! 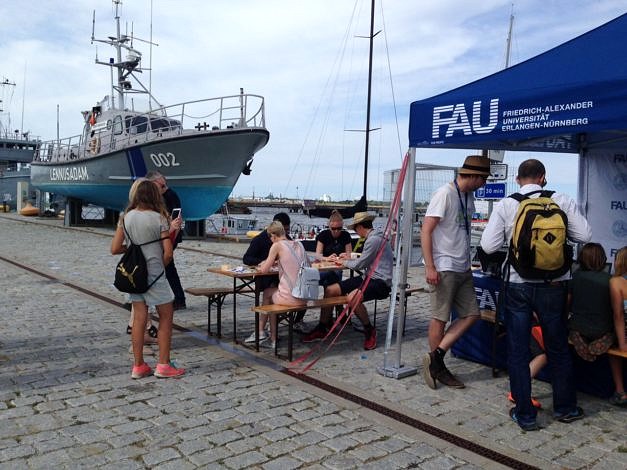 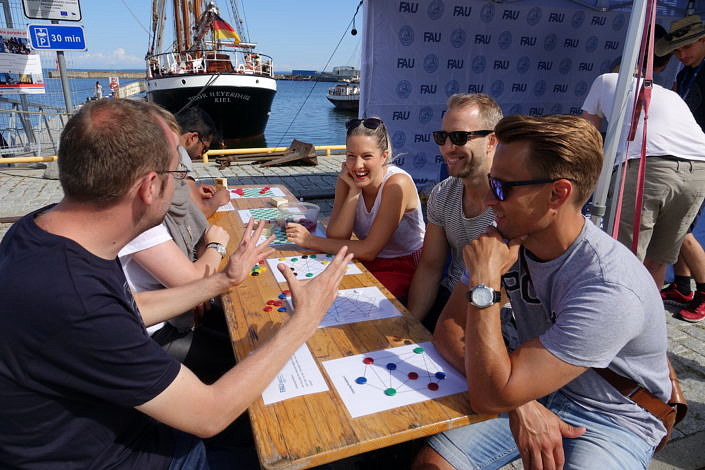 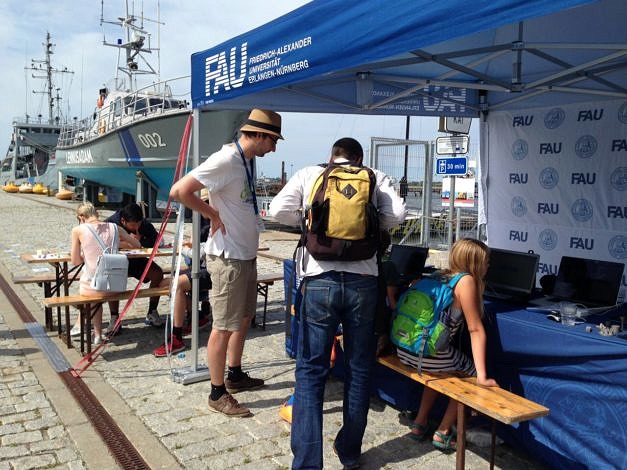 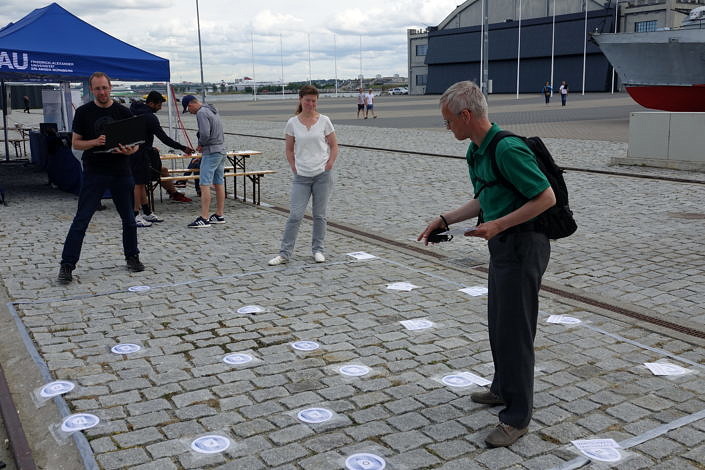 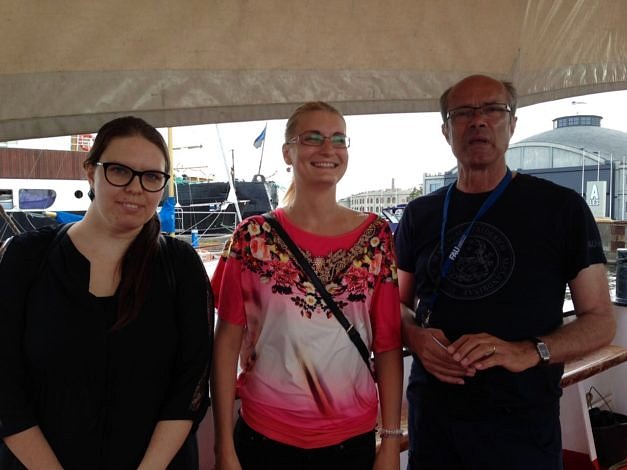 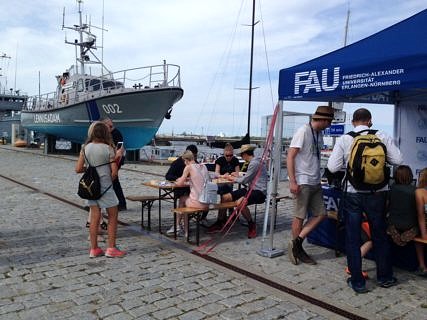 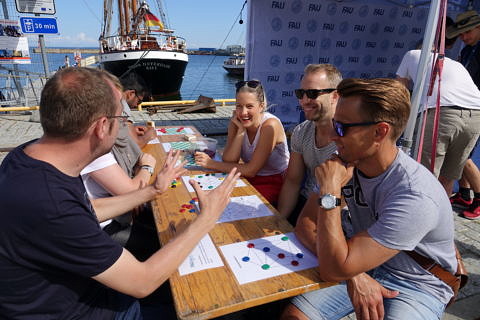 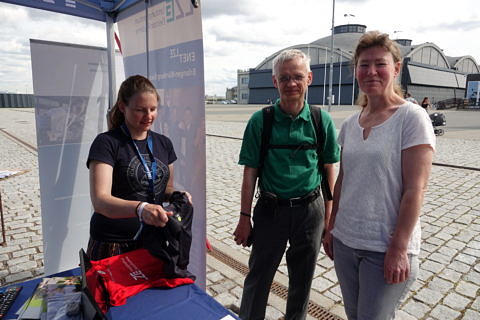 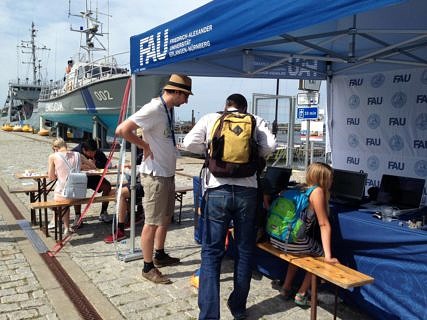 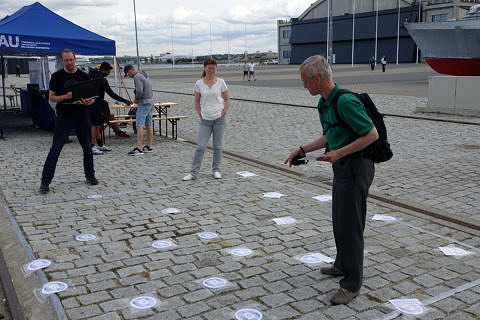 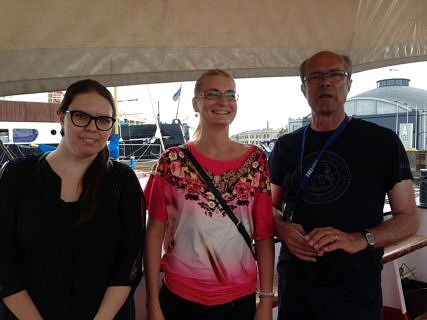 We were lucky with our location again: Lennusadam is a museums harbour where many old ships – mostly war ships – await interested visitors to be admired and explored. So, in the end we were in the perfect environment for anyone who’s interested in ships. We had distributed postcards in Tallinn as well – having written ‘Lennusadam’ by hand (!) on the back of approximately 200 cards to make people aware that we had to change location.

During the Open Ship Day we had many visitors who actually went to see the war ships and the harbour museum – but Mattej Ciesko and Oskar Schneider stood sentinel at the entrance to the museum and sent lots of people our way. Never let it be said that mathematicians don’t know how to attract people!

Of course, many visitors were interested in the Thor to start with – but we always found a way to present our project and our research to them. Two ladies from the Tallinn chamber of commerce had even accepted our invitation. We exchanged contact details and promised to put them in touch with our Nuremberg chamber of commerce.

Our Vice president, Prof. Dr. Günther Leugering had invited Prof. Dr. Katrin Niglas, Vice-Rector for Research at Tallinn University, to visit us on the ship – and both had a quite lively chat about how our two universities could further collaborate.

The funniest visitors, however, were: 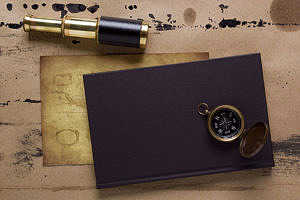